The NDC code 0264-9872 is assigned by the FDA to the product Heparin Sodium In Sodium Chloride which is a human prescription drug product labeled by B. Braun Medical Inc.. The product's dosage form is injection and is administered via intravenous form. The product is distributed in a single package with assigned NDC code 0264-9872-10 24 container in 1 case / 500 ml in 1 container. This page includes all the important details about this product, including active and inactive ingredients, pharmagologic classes, product uses and characteristics, UNII information, RxNorm crosswalk and the complete product label.

What are the uses for Heparin Sodium In Sodium Chloride?

Heparin Sodium Injection in 0.9% Sodium Chloride at the concentration of 2 USP units/mL is indicated as an anticoagulant to maintain catheter patency.

What are Heparin Sodium In Sodium Chloride Active Ingredients?


Heparin Sodium Injection in 0.9% Sodium Chloride at the concentration of 2 USP units/mL is indicated as an anticoagulant to maintain catheter patency.


Confirm the selection of the correct formulation and strength prior to administration of the drug.

This product should be administered by intravenous infusion.

Do not use Heparin Sodium in 0.9% Sodium Chloride Injection as a “catheter lock flush” product.

Do not admix with other drugs.

Do not use plastic containers in series connection.

This product should not be infused under pressure.


Although the rate of infusion of the 2 USP units/mL formulation is dependent upon the age, weight, clinical condition of the patient, and the procedure being employed, an infusion rate of 3 mL/hour has been found to be satisfactory.


The use of HEPARIN SODIUM is contraindicated in patients:

•     With a history of heparin-induced thrombocytopenia (HIT) (With or Without Thrombosis) [see Warnings and Precautions (5.3)]


Do not use this product as a “catheter lock flush” product. Heparin is supplied in various strengths. Fatal hemorrhages have occurred due to medication errors. Carefully examine all heparin products to confirm the correct container choice prior to administration of the drug.


Hemorrhage, including fatal events, has occurred in patients receiving HEPARIN SODIUM. Avoid using heparin in the presence of major bleeding, except when the benefits of heparin therapy outweigh the potential risks.

Hemorrhage can occur at virtually any site in patients receiving heparin. Adrenal hemorrhage (with resultant acute adrenal insufficiency), ovarian hemorrhage, and retroperitoneal hemorrhage have occurred during anticoagulant therapy with heparin [see Adverse Reactions (6.1)]. A higher incidence of bleeding has been reported in patients, particularly women, over 60 years of age [see Clinical Pharmacology (12.3)]. An unexplained fall in hematocrit or fall in blood pressure should lead to serious consideration of a hemorrhagic event.

Use heparin sodium with caution in disease states in which there is increased risk of hemorrhage, including:

5.3 Heparin-Induced Thrombocytopenia (Hit) (With Or Without Thrombosis)


HIT is a serious antibody-mediated reaction resulting from irreversible aggregation of platelets. HIT may progress to the development of venous and arterial thromboses, a condition known as HIT with thrombosis. Thrombotic events may also be the initial presentation for HIT. These serious thromboembolic events include deep vein thrombosis, pulmonary embolism, cerebral vein thrombosis, limb ischemia, stroke, myocardial infarction, thrombus formation on a prosthetic cardiac valve, mesenteric thrombosis, renal arterial thrombosis, skin necrosis, gangrene of the extremities that may lead to amputation, and possibly death. Monitor thrombocytopenia of any degree closely. If the platelet count falls below 100,000/mm3 or if recurrent thrombosis develops, promptly discontinue heparin, evaluate for HIT, and, if necessary, administer an alternative anticoagulant.


Thrombocytopenia has been reported to occur in patients receiving heparin with a reported incidence of up to 30%. It can occur 2 to 20 days (average 5 to 9) following the onset of heparin therapy. Obtain platelet counts before and periodically during heparin therapy. Monitor thrombocytopenia of any degree closely. If the count falls below 100,000/mm3 or if recurrent thrombosis develops, promptly discontinue heparin, evaluate for HIT, and, if necessary, administer an alternative anticoagulant [see Warnings and Precautions (5.3)].


Patients with documented hypersensitivity to heparin should be given the drug only in clearly life-threatening situations [see Adverse Reactions (6.1)].

Because Heparin Sodium in 0.9% Sodium Chloride Injection is derived from animal tissue, monitor for signs and symptoms of hypersensitivity when it is used in patients with a history of allergy.


The following serious adverse reactions are described elsewhere in the labeling:


The following adverse reactions have been identified during post-approval use of heparin sodium. Because these reactions are reported voluntarily from a population of uncertain size, it is not always possible to reliably estimate their frequency.


Drugs such as acetylsalicylic acid, dextran, phenylbutazone, ibuprofen, indomethacin, dipyridamole, hydroxychloroquine and others that interfere with platelet-aggregation reactions (the main hemostatic defense of heparinized patients) may induce bleeding and should be used with caution in patients receiving heparin sodium.


In published reports, heparin exposure during pregnancy did not show evidence of an increased risk of adverse maternal or fetal outcomes in humans. No teratogenicity was observed in animal reproduction studies with administration of heparin sodium to pregnant rats and rabbits during organogenesis at doses, approximately 2777 times the recommended human dose (MRHD) for maintenance of catheter patency of heparin [see Data]. In pregnant animals, doses up to 2777 times higher than the human daily dose of heparin resulted in increased resorptions. Consider the benefits and risks of HEPARIN SODIUM IN 0.9% SODIUM CHLORIDE INJECTION to a pregnant woman and possible risks to the fetus when prescribing HEPARIN SODIUM IN 0.9% SODIUM CHLORIDE INJECTION.


The maternal and fetal outcomes associated with uses of heparin via various dosing methods and administration routes during pregnancy have been investigated in numerous studies. These studies generally reported normal deliveries with no maternal or fetal bleeding and no other complications.


In a published study conducted in rats and rabbits, pregnant animals received heparin intravenously during organogenesis at a dose of 10,000 USP units/kg/day, approximately 2777 times the human daily dose. The number of early resorptions increased in both species. There was no evidence of teratogenic effects.


There are no adequate and well controlled studies on heparin use in pediatric patients.


There are limited adequate and well-controlled studies in patients 65 years and older. However, a higher incidence of bleeding has been reported in patients over 60 years of age, especially women [see Warnings and Precautions (5.2)].

When clinical circumstances (bleeding) require reversal of heparinization, protamine sulfate (1% solution) by slow infusion will neutralize heparin sodium. No more than 50 mg should be administered, very slowly, in any 10 minute period. Each mg of protamine sulfate neutralizes approximately 100 USP Heparin Units. The amount of protamine required decreases over time as heparin is metabolized. Although the metabolism of heparin is complex, it may, for the purpose of choosing a protamine dose, be assumed to have a half-life of about 1/2 hour after intravenous injection.

Because fatal reactions often resembling anaphylaxis have been reported, protamine sulfate should be given only when resuscitation techniques and treatment of anaphylactoid shock are readily available. 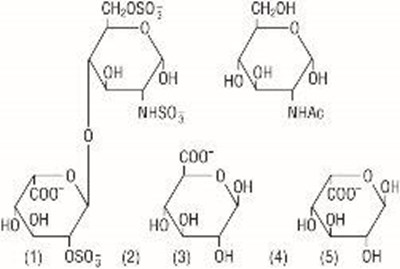 Heparin Sodium 1,000 USP units per 500 mL (2 USP units per mL) in 0.9% Sodium Chloride Injection is a sterile, nonpyrogenic solution prepared from Heparin Sodium USP (derived from porcine intestinal mucosa and standardized for use as an anticoagulant) in 0.9% Sodium Chloride Injection. It is to be administered by intravenous injection. The potency is determined by a biological assay using a USP reference standard based on units of heparin activity per milligram.

The plastic container is made from a multilayered film specifically developed for parenteral drugs. It contains no plasticizers and exhibits virtually no leachables. The solution contact layer is a rubberized copolymer of ethylene and propylene. The container is nontoxic and biologically inert. The container-solution unit is a closed system and is not dependent upon entry of external air during administration. The container is overwrapped to provide protection from the physical environment and to provide an additional moisture barrier when necessary.

The plastic container is not made with natural rubber latex, PVC or DEHP.

The closure system has two ports; the one for the administration set has a tamper evident plastic protector.


Heparin inhibits reactions that lead to the clotting of blood and the formation of fibrin clots both in vitro and in vivo. Heparin acts at multiple sites in the normal coagulation system. Small amounts of heparin in combination with antithrombin III (heparin cofactor) can inhibit thrombosis by inactivating activated Factor X and inhibiting the conversion of prothrombin to thrombin. Once active thrombosis has developed, larger amounts of heparin can inhibit further coagulation by inactivating thrombin and preventing the conversion of fibrinogen to fibrin. Heparin also prevents the formation of a stable fibrin clot by inhibiting the activation of the fibrin stabilizing factor.


Loglinear plots of heparin plasma concentrations with time for a wide range of dose levels are linear which suggests the absence of zero order processes. Liver and the reticuloendothelial system are the sites of biotransformation. The biphasic elimination curve, a rapidly declining alpha phase (t½ = 10 minutes) and after the age of 40 a slower beta phase, indicates uptake in organs. The absence of a relationship between anticoagulant half-life and concentration half-life may reflect factors such as protein binding of heparin.

Exposure of pharmaceutical products to heat should be minimized. Avoid excessive heat. Protect from freezing. It is recommended that the product be stored at room temperature (25°C); however, brief exposure up to 40°C does not adversely affect the product.

Storage in automated dispensing machines: Brief exposure up to 2 weeks to ultraviolet or fluorescent light does not adversely affect the product labeling legibility; prolonged exposure can cause fading of the red label. Rotate stock frequently.

Inform patients that it may take them longer than usual to stop bleeding, that they may bruise and/or bleed more easily when they are treated with heparin, and that they should report any unusual bleeding or bruising to their physician. Hemorrhage can occur at virtually any site in patients receiving heparin. Fatal hemorrhages have occurred [see Warnings and Precautions (5.2)].

Advise patients to inform physicians and dentists that they are receiving heparin before any surgery is scheduled [see Warnings and Precautions (5.2)].

Inform patients that generalized hypersensitivity reactions have been reported.

Because of the risk of hemorrhage, advise patients to inform their physicians and dentists of all medications they are taking, including non-prescription medications, and before starting any new medication [see Drug Interactions (7.1)]. 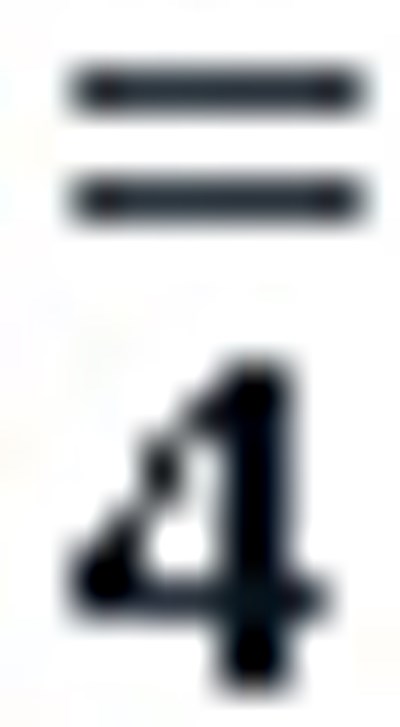 WARNING: CONTAINS SULFITES.
Do not admix with other drugs.

Sterile. Single dose container. For intravenous use only.

Not made with natural rubber latex, PVC or DEHP.