Acyclovir is used to treat infections caused by certain types of viruses. It treats cold sores around the mouth (caused by herpes simplex), shingles (caused by herpes zoster), and chickenpox. This medication is also used to treat outbreaks of genital herpes. In people with frequent outbreaks, acyclovir is used to help reduce the number of future episodes. Acyclovir is an antiviral drug. However, it is not a cure for these infections. The viruses that cause these infections continue to live in the body even between outbreaks. Acyclovir decreases the severity and length of these outbreaks. It helps the sores heal faster, keeps new sores from forming, and decreases pain/itching. This medication may also help reduce how long pain remains after the sores heal. In addition, in people with a weakened immune system, acyclovir can decrease the risk of the virus spreading to other parts of the body and causing serious infections.

Acyclovir is product labeled by Aidarex Pharmaceuticals Llc. The product's dosage form is and is administered via form.

What are Acyclovir Active Ingredients?


Why is acyclovir medication prescribed?
Acyclovir is used to decrease pain and speed the healing of sores or blisters in people who have varicella (chickenpox), herpes zoster (shingles; a rash that can occur in...
[Read More]


Acyclovir is a synthetic nucleoside analogue active against herpesviruses. Acyclovir tablets are formulations of an antiviral drug for oral administration.

The chemical name of acyclovir is 6 H-purin-6-one, 2-amino-1,9-dihydro-9-[(2-hydroxyethoxy)methyl]; it has the following structural formula:


Acyclovir is a synthetic purine nucleoside analogue with in vitro and in vivo inhibitory activity against herpes simplex virus types 1 (HSV-1), 2 (HSV-2), and varicella-zoster virus (VZV). The inhibitory activity of acyclovir is highly selective due to its affinity for the enzyme thymidine kinase (TK) encoded by HSV and VZV. This viral enzyme converts acyclovir into acyclovir monophosphate, a nucleotide analogue. The monophosphate is further converted into diphosphate by cellular guanylate kinase and into triphosphate by a number of cellular enzymes. In vitro, acyclovir triphosphate stops replication of herpes viral DNA. This is accomplished in 3 ways: 1) competitive inhibition of viral DNA polymerase, 2) incorporation into and termination of the growing viral DNA chain, and 3) inactivation of the viral DNA polymerase. The greater antiviral activity of acyclovir against HSV compared to VZV is due to its more efficient phosphorylation by the viral TK.


The quantitative relationship between the in vitro susceptibility of herpes viruses to antivirals and the clinical response to therapy has not been established in humans, and virus sensitivity testing has not been standardized. Sensitivity testing results, expressed as the concentration of drug required to inhibit by 50% the growth of virus in cell culture (IC 50), vary greatly depending upon a number of factors. Using plaque-reduction assays, the IC50 against herpes simplex virus isolates ranges from 0.02 to 13.5 mcg/mL for HSV-1 and from 0.01 to 9.9 mcg/mL for HSV-2. The IC 50 for acyclovir against most laboratory strains and clinical isolates of VZV ranges from 0.12 to 10.8 mcg/mL. Acyclovir also demonstrates activity against the Oka vaccine strain of VZV with a mean IC 50 of 1.35 mcg/mL.


Resistance of HSV and VZV to acyclovir can result from qualitative and quantitative changes in the viral TK and/or DNA polymerase. Clinical isolates of HSV and VZV with reduced susceptibility to acyclovir have been recovered from immunocompromised patients, especially with advanced HIV infection. While most of the acyclovir-resistant mutants isolated thus far from immunocompromised patients have been found to be TK-deficient mutants, other mutants involving the viral TK gene (TK partial and TK altered) and DNA polymerase have been isolated. TK-negative mutants may cause severe disease in infants and immunocompromised adults. The possibility of viral resistance to acyclovir should be considered in patients who show poor clinical response during therapy.


The pharmacokinetics of acyclovir after oral administration have been evaluated in healthy volunteers and in immunocompromised patients with herpes simplex or varicella-zoster virus infection. Acyclovir pharmacokinetic parameters are summarized in Table 1.

In one multiple-dose, crossover study in healthy subjects (n = 23), it was shown that increases in plasma acyclovir concentrations were less than dose proportional with increasing dose, as shown in Table 2. The decrease in bioavailability is a function of the dose and not the dosage form.

There was no effect of food on the absorption of acyclovir (n = 6); therefore, acyclovir tablets may be administered with or without food.

The only known urinary metabolite is 9-[(carboxymethoxy)-methyl]guanine.


Coadministration of probenecid with intravenous acyclovir has been shown to increase the mean acyclovir half-life and the area under the concentration-time curve. Urinary excretion and renal clearance were correspondingly reduced.


Acyclovir is indicated for the acute treatment of herpes zoster (shingles).


Acyclovir is indicated for the treatment of initial episodes and the management of recurrent episodes of genital herpes.


Acyclovir is indicated for the treatment of chickenpox (varicella).


Acyclovir is contraindicated for patients who develop hypersensitivity to acyclovir or valacyclovir.


Acyclovir tablets are intended for oral ingestion only. Renal failure, in some cases resulting in death, has been observed with acyclovir therapy (see ADVERSE REACTIONS: Observed During Clinical Practice and OVERDOSAGE). Thrombotic thrombocytopenic purpura/hemolytic uremic syndrome (TTP/HUS), which has resulted in death, has occurred in immunocompromised patients receiving acyclovir therapy.


Dosage adjustment is recommended when administering acyclovir to patients with renal impairment (see DOSAGE AND ADMINISTRATION). Caution should also be exercised when administering acyclovir to patients receiving potentially nephrotoxic agents since this may increase the risk of renal dysfunction and/or the risk of reversible central nervous system symptoms such as those that have been reported in patients treated with intravenous acyclovir. Adequate hydration should be maintained.


Patients are instructed to consult with their physician if they experience severe or troublesome adverse reactions, they become pregnant or intend to become pregnant, they intend to breast feed while taking orally administered acyclovir, or they have any other questions. Patients should be advised to maintain adequate hydration.

Acyclovir was tested in lifetime bioassays in rats and mice at single daily doses of up to 450 mg/kg administered by gavage. There was no statistically significant difference in the incidence of tumors between treated and control animals, nor did acyclovir shorten the latency of tumors. Maximum plasma concentrations were 3 to 6 times human levels in the mouse bioassay and 1 to 2 times human levels in the rat bioassay.

Acyclovir was tested in 16 in vitro and in vivo genetic toxicity assays. Acyclovir was positive in 5 of the assays.


Acyclovir concentrations have been documented in breast milk in 2 women following oral administration of acyclovir and ranged from 0.6 to 4.1 times corresponding plasma levels. These concentrations would potentially expose the nursing infant to a dose of acyclovir up to 0.3 mg/kg/day. Acyclovir should be administered to a nursing mother with caution and only when indicated.


Safety and effectiveness of oral formulations of acyclovir in pediatric patients younger than 2 years of age have not been established.


Of 376 subjects who received acyclovir in a clinical study of herpes zoster treatment in immunocompetent subjects ཌྷ50 years of age, 244 were 65 and over while 111 were 75 and over. No overall differences in effectiveness for time to cessation of new lesion formation or time to healing were reported between geriatric subjects and younger adult subjects. The duration of pain after healing was longer in patients 65 and over. Nausea, vomiting, and dizziness were reported more frequently in elderly subjects. Elderly patients are more likely to have reduced renal function and require dose reduction. Elderly patients are also more likely to have renal or CNS adverse events. With respect to CNS adverse events observed during clinical practice, somnolence, hallucinations, confusion, and coma were reported more frequently in elderly patients (see CLINICAL PHARMACOLOGY, ADVERSE REACTIONS: Observed During Clinical Practice, and DOSAGE AND ADMINISTRATION).


The most frequent adverse event reported during 3 clinical trials of treatment of herpes zoster (shingles) with 800 mg of oral acyclovir 5 times daily for 7 to 10 days in 323 patients was malaise (11.5%). The 323 placebo recipients reported malaise (11.1%).


In addition to adverse events reported from clinical trials, the following events have been identified during post-approval use of acyclovir. Because they are reported voluntarily from a population of unknown size, estimates of frequency cannot be made. These events have been chosen for inclusion due to either their seriousness, frequency of reporting, potential causal connection to acyclovir, or a combination of these factors.


Overdoses involving ingestion of up to 100 capsules (20 g) have been reported. Adverse events that have been reported in association with overdosage include agitation, coma, seizures, and lethargy. Precipitation of acyclovir in renal tubules may occur when the solubility (2.5 mg/mL) is exceeded in the intratubular fluid. Overdosage has been reported following bolus injections or inappropriately high doses and in patients whose fluid and electrolyte balance were not properly monitored. This has resulted in elevated BUN and serum creatinine and subsequent renal failure. In the event of acute renal failure and anuria, the patient may benefit from hemodialysis until renal function is restored (see DOSAGE AND ADMINISTRATION).


In patients with renal impairment, the dose of acyclovir tablets should be modified as shown in Table 3:


For patients who require hemodialysis, the mean plasma half-life of acyclovir during hemodialysis is approximately 5 hours. This results in a 60% decrease in plasma concentrations following a 6-hour dialysis period. Therefore, the patient's dosing schedule should be adjusted so that an additional dose is administered after each dialysis.


No supplemental dose appears to be necessary after adjustment of the dosing interval. 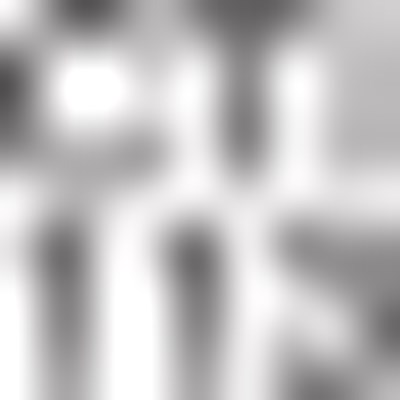